Sinead and Adam tied the knot on the 10th of June 2016 at the little Hidden Grove in Noosa. Their two Dachshunds Slick and Pippin played a big part in their day, and they almost stole the show at the ceremony!

Both Adam and Sinead got ready at the Noosa River Retreat, a lovely hotel owned and operated by Adam’s parents Bill and Andrea. Adam and his groomsmen wore matching brown fine leather shoes, tan pants, suspenders, navy jackets and matching native flower boutonnieres. Adam wore a navy tie to set him apart as the man of the hour, and of course Slick and Pippin also got dressed up smart blue bowties! The boys enjoyed a ritualistic round of shots of peach Schnapps together before heading off for the ceremony.

Sinead wore a stunning figure hugging lace gown with cap sleeves, and a gorgeous native flower crown. The girls all had matching bouquets with Australian native flowers, and the bridesmaids wore beautiful burgundy dresses with spaghetti straps. The girls had their makeup done by the talented Ruby Jade Makeup Artistry. Sinead had a lovely relationship with her dad, and he had given her a gorgeous rose quartz heart crystal as a good luck token for the day. The girls had a nice bottle of Moet waiting for them to toast with before the got picked up for the ceremony!

After the girls arrived on location in a very appropriate Kombi van by Old Skool Kombis, Sinead and Adam’s mums kicked off the ceremony by leading Slick and Pippin down the aisle, and then it was the bridal party’s turn. The stunning bride finally appeared much to the groom’s delight, and while it would have been impossible to wipe Adam’s smile off his face, it seemed Adam’s sister (and Sinead’s bridesmaid) couldn’t stop crying. I was later told that this was the exact reverse of how her own wedding had gone down, and Sinead had been the one who couldn’t keep the waterworks under control! Let it also be said that Sinead did her own amount of crying at her own wedding too! Suzanne Riley performed an emotional and fun ceremony, and there were many great stories about the couple, and a lot of tears, especially when Suzanne spoke about Sinead’s father and their strong bond.

After the ceremony we wisked the bridal party off to the Noosa Woods where we got some stunning afternoon photos on the rocks by the ocean and in the park by the waterfront. Adam and Sinead wanted natural and fun photos, so we kept it casual and we also got some photos with the cool Kombi van that had escorted the girls to the ceremony! Before we headed off to the reception, we got some photos of the couple going for a walk down the famous Hastings Street.

The reception was set up at Noosa Boathouse, and the bridal party and the guests were escorted to the venue by a cruise boat which belonged to the boathouse. The guests made themselves at home in the beautifully decorated upstairs of the venue, and soon the bridal party were introduced. It was a cocktail style reception, and food soon started being passed around with lots of delicious seafood delicacies on the menu. The cake was a gorgeous semi-naked buttercream creation with a beautiful topper that spelled “love” in jute and decorated with native flowers!

As a special surprise for the couple, Adam’s mum had organised 10 minutes of fireworks, and the reactions on the couple’s faces were priceless! It was the perfect way to end such a lovely day!

We wish Sinead and Adam all the best for their future together, and we are so thankful that we got to take part in their big day! 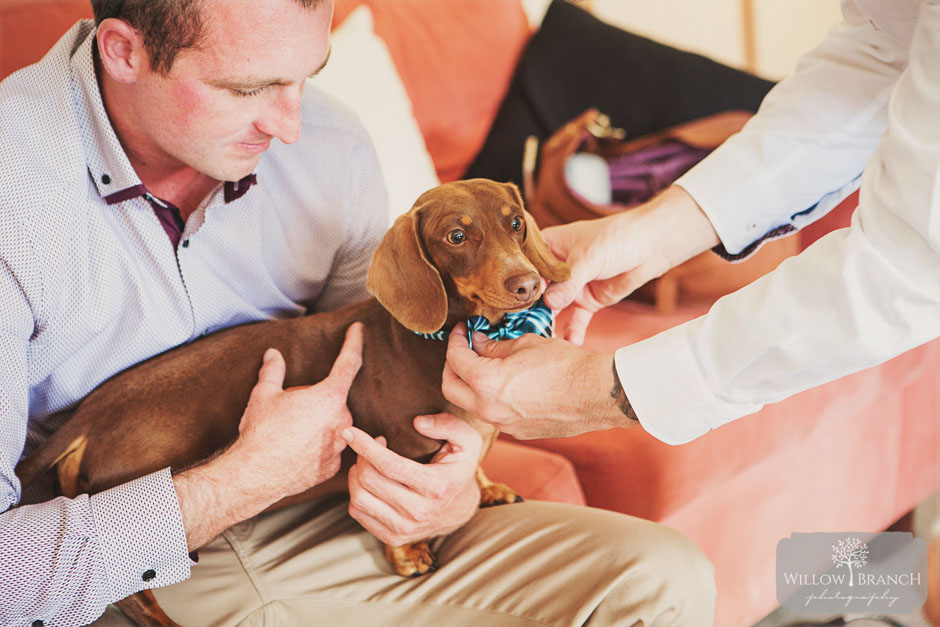